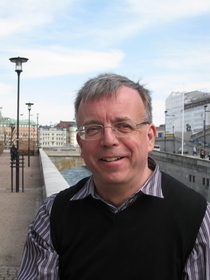 The Ministry of Reconciliation

I became a Christian in 1976, whilst studying French and German at Salford University, and less than 6 weeks after giving my life to Jesus I had to go abroad for a year as part of my studies. The year abroad had already been planned before my encounter with Jesus, and for my 6 months abroad, to support my German studies, I had accepted a placement to work in East Berlin, behind the Berlin Wall, working for the translation service of the East German government!! So, as a baby Christian, I spent my first 6 months in East Germany. I was fortunate to have received a visa, which allowed me to go backwards and forwards across the border between East and West Berlin. Checkpoint Charlie became very familiar to me! I found a wonderful church in Nollendorfplatz in West Berlin, "The Jesus Center", which was a great support to me in my early months as a Christian. 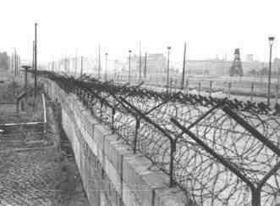 But those 6 months in East Berlin, seeing at first hand the division and pain of people being separated from family and loved ones, planted something in my heart. I ended up doing my thesis, to complete my university degree, on the divisions in Europe, and the lead-up and background to the building of the Berlin Wall. But what Father had done in my heart was to sow a seed, and to create a passion for reconciliation and healing of divisions.

For such a small continent, Europe has suffered so much division, warfare and pain. Ethnic divisions, religious divisions, territorial disputes, power struggles between nations, we have witnessed and suffered from them all. One of the consequences of this, apart from the obvious terrible loss of life, and the fear and pain that they have caused, has been the fatherlessness that they have created. In the last hundred years alone, two world wars, and terrible conflicts in the Balkans, Northern Ireland and in Eastern Europe, have made Europe a fatherless continent. 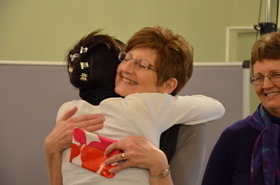 The challenge of daily reconciliation

But reconciliation is not only something that happens between nations, or is only required in the aftermath of wars.

Every one of us is faced with the challenges of reconciliation on a daily basis. Reconciliation is about the healing and restoration of relationships.

In fact there are 3 aspects to reconciliation: 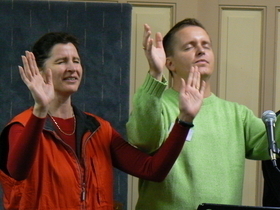 1) We need to be reconciled to God our Father.

In 2 Corinthians 17 & 18 Paul declares: "Therefore, if anyone is in Christ, he is a new creation; the old has gone, the new has come! All of this is from God, who reconciled us to himself through Christ, and gave us the ministry of reconciliation".

Christ came to reconcile us to God, to restore our broken relationship with God. Without embracing that reconciliation we have nothing to offer the world. You cannot give what you have never received! 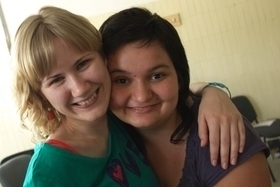 2) We need to be reconciled to each other.

Having embraced our reconciliation with God our Father, only then are we enabled or empowered to love each other, and to be reconciled to each other. Father's love in us will flow through us to others. Only if we are filled with Father's love are we able to forgive the unforgivable and love those who have hurt us and broken our trust.

In Matthew 22:39 Jesus goes on to say: "And the second (commandment) is like it: Love your neighbour as yourself". 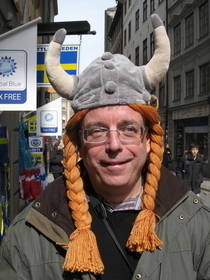 3) We need to be reconciled to ourselves.

This is the part that is often overlooked. Jesus said "love your neighbour as yourself". If we do not love ourselves then how can we love our neighbours?? And by this we do not mean being prideful or conceited. Father wants us to love ourselves, because He conceived and planned us. He wants us to love and embrace our uniqueness, because He made us unique and He loves what He made! If we do not value ourselves, then we are unable to give value to others. If we do not like ourselves, and have no self-worth, then we are in disagreement with our Heavenly Father, who loves us with a passionate love!! 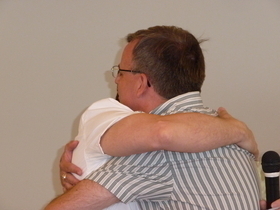 In 2011, at the end of one of our Father Heart weeks in Poland, we witnessed reconciliation in action and the amazing healing power of Father's love. During a time of testimonies, one of the participants, a Russian pastor and former Red Army officer stood up in front of all of the participants, most of them Polish, and thanked them all for the love that they had shown him during the week. He then asked for their forgiveness for all that he and his country had done to Poland. At this point one of the Polish pastors stood up and came forward and asked for the Russian pastor's forgiveness because he had hated all Russians and had not been happy when he had discovered that there would be Russians taking part in the week! The two men then embraced and just held each other in their arms. The emotion in the room was almost tangible and there were many tears!

When Father's love touches and fills our hearts, then His love flows through us to others and we see each other through His eyes. The power of Father's love working in our hearts can bridge every divide, heal every wound, and enable us to forgive the unforgivable. In fact it is the only thing that can bring true and lasting reconciliation in any relationship!!

If you would be interested in us running a Reconciliation event in your church or town, then please e-mail: jeff@fathershouseeurope.com.